Formula 1™ is followed by millions of viewers around the world and is one of the key sporting events at which countries showcase themselves. The 14th race of the season, Formula 1 DHL Turkish Grand Prix 2020, will take place at Intercity Istanbul Park on the 13th, 14th and 15th of November.

Vural Ak, Chairman of the Intercity Board, pointed out that Intercity had been awarded the project of bringing Formula 1™ races back to Turkey by the Presidency of the Republic of Turkey. Ak continued: "We are both delighted and proud to announce that we are bringing Formula 1™, the world’s biggest motorsport event, back to Turkey. Ever since 2013, when we took over the management of Intercity Istanbul Park, one of the most extraordinary tracks in the world, we have been striving to reintroduce Formula 1™ to Turkey. We are overjoyed for our country that our efforts have been successful. During that time, we have been taking meticulous care of Intercity Istanbul Park, one of our country’s most valuable investments, and we are extremely excited by the prospect of preparing the venue for the Formula 1™ event, so that we can ensure that Istanbul receives the attention from the world it truly deserves.”

Mr. Ak added, “In signing the contract, we as Intercity pledged to undertake all obligations ourselves. Given the great challenges currently facing the world and Turkey, it was crucial that, while endeavoring to bring Formula 1™ back to Turkey, we did not place any burden on our state. Throughout the project, however, we felt the constant support of our state, and for this we would like to express our gratitude to everyone who has assisted, above all to our President Recep Tayyip Erdoğan.”

Vural Ak stressed that, ever since taking over the management rights of the Intercity Istanbul Park in 2013, Intercity had been working with great dedication and care to bring Formula 1™ races back to Turkey. He explained: “Since the very first day we took over the management of Intercity Istanbul Park, every year we have organized more than 300 days of events, educational programs and festivals related to motorsports, traffic safety and the automotive sector. One of the key factors that led the management of Formula 1™ to include Istanbul in its 2020 schedule was the fact that, throughout the past nine years, even when races were not taking place, we always kept the track active and prepared, as if races could resume at any moment.” 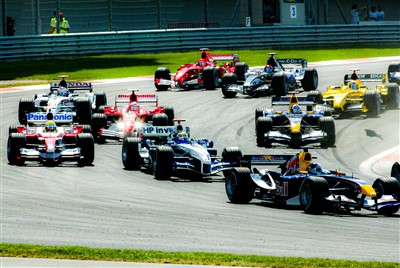 “Races will take place without spectators”

About this decision, Intercity Chairman Vural Ak said: “As we have previously stated on numerous occasions, the health and wellbeing of all those involved is our top priority. Since day one we have been prepared to carry on with the event given a variety of scenarios. As Intercity Istanbul Park we made great efforts, both financially and physically, to bring Formula 1TM back to our country. Upon being entrusted to bring Formula 1TM back to our country under the auspices of the Presidency of the Republic of Turkey, we are proud to say that we are able to do so at such troubling times without any financial burden to our country. We’ve not only brought Formula 1TM back to our country but have also offered our public the most affordable Formula 1TM tickets in the world. I would especially like to emphasize that while we continue our preparations to host our participants, 85 million will welcome Intercity Istanbul Park into their hearts. With the support of our nation will host the Turkish Grand Prix 2020 in a way that suits our country. With any concessions, we will make it our mission to promote our country in the best way possible through this event which will be watched by 2 billion people across the globe. I am certain that even without spectators, we will host a spectacular event this year, and will welcome the race back to Turkey next year with full spectator participation. I would like to thank all motor sports lovers for their interest and support. All fans who purchased tickets will be refunded in full as soon as possible through Biletix.” 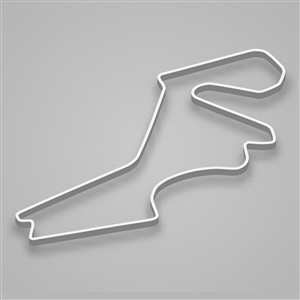 5 reasons we are excited F1 is going back to Istanbul

With reference to the article authored by Greg Stuart on Formula 1TM official website, here is why we are excited to have F1 races back in İstanbul:

Istanbul Park is one of Hermann Tilke’s finest creations. The track’s been compared to Spa-Francorchamps (high praise indeed) and features some properly good corners. The sharp Turn 8 is the most challenging part for both Formula 1TM drivers and technical teams.

There may only have been seven Turkish Grands Prix to date but they certainly packed a lot of action in. The 2006 race witnessed a monumental battle between Fernando Alonso and Michael Schumacher for second place, the pair crossing the line in that order with just 0.081s between them. Sebastian Vettel made his F1 debut with BMW Sauber. Four years later, when Vettel, now at Red Bull, crashed with team mate Mark Webber on the run down to Turn 12.

No one wanted the coronavirus pandemic. 2020 will probably not be looked back on by many people as their fondest year. But it will be the F1 season where we saw cars race at Imola, Mugello, Portimao, the Nurburgring and now Istanbul Park.

Most of the teams will have some Friday data for Istanbul Park. Trouble is, it will be from May 6 2011, which is the last time F1 held a Friday practice at the venue. That will be of very little use to the teams operating high-downforce, V6 turbo-hybrid F1 cars (rather than naturally-aspirated V8s, as they were in 2011) at the track in November, when average temperatures in Istanbul are around 10 degrees cooler than May. Then there’s the drivers. Lewis Hamilton, Kimi Raikkonen, Sergio Perez and Sebastian Vettel are the only ones to have raced F1 machinery around the venue – with Vettel, Raikkonen and Hamilton all one-time winners here – giving them a leg up on the competition, and meaning the youngsters will have to catch up on their sim racing rigs at home.

If you have plans for November 14, cancel them because qualifying day for the 2020 Turkish Grand Prix is going to be worth tuning in for. Considering that around the similar-length Silverstone circuit this year, pole for the British Grand Prix was over six seconds quicker than it was in 2011, watching these modern cars attacking Istanbul Park is likely to be a jaw-dropping spectacle.

We are getting excited already…

‘Stars of Export’ announced at an online awards ceremony

The awards, which are given annually by the Istanbul Chemicals and Chemical Products Exporters' Association (IKMIB) to honor and encourage the member companies in the chemical ...