Bearing selection and design processes can be summarized as:

-Reviewing the performance analysis of bearing if it fulfils the needs,

-Modifying the design in light of the feedback information of design and sizes until the bearing performance is closest to the optimum.

In journal bearings, the average bearing pressure (P), which can be calculated by the friction coefficient (µ) and the load on the system to the projection area ratio, the relation between the dynamic viscosity of lubricant and the rotating speed of the shaft (n) is diagrammatically shown in the tribology discipline and this change is called the “Stribeck Curve” in the literature (Figure 1). This graph is important for informing the designer and the technical personnel about the stability of lubrication. It is also highly important for providing information about boundary or thin film lubrication and hydrodynamic lubrication, which is defined as the minimum-wear and desired operation condition in terms of bearing design. If a pressurized oil film is created with optimum thickness thanks to operating parameters such as speed, load and oil viscosity even in the largest asperity areas on shaft surfaces and bearing surfaces, this can be called “Hydrodynamic Lubrication”. If the oil film thickness and oil film pressure is not able to bear the load in an application where the load is too large and the speed is too low, an oil film with optimum thickness and pressure can be created between these surfaces by externally supplying pressurized oil between bearing and shaft surfaces. The lubrication type under these conditions is defined as “Hydrostatic Lubrication”. 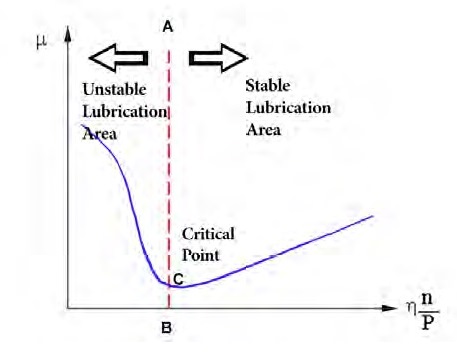 Figure 1. Change in friction coefficient according to bearing parameters

Either hydrodynamic or hydrostatic, the desired thick oil film is called ‘stable lubrication’. When the operating conditions meet the parameters on the right side of the AB line in Figure 1, it is inevitable that the oil temperature will gradually increase for some reason. As the oil viscosity will decrease due to the increase in temperature, the  value in the horizontal axis will also decrease and the curve will move towards the left. Moving to the left in the horizontal axis means a decline in the friction coefficient value. As this decline is not too much to increase the temperature that will be generated with the movement of the lubricant, the temperature of the lubricant will decrease. Therefore, as the lubrication on the right side of the BA ordinate can correct itself, it is called Stable Lubrication.

Bearing clearance: As the clearance between shaft and bearing gets smaller, the curve in the graph will go upwards, which means an increase in friction coefficient. On the contrary, the critical point comes closer to the vertical axis and thus the stable lubrication area becomes larger.

Oil leakage: If oil leakages on bearing ends are too much, the peripheral length of hydrodynamic pressure decreases and pressure propagation is affected. It may lead to an increase in friction coefficient.

Oil grooves: Presence of oil grooves in the pressure area of bearing will cause a decline in bearing pressure. This will make the critical point move rightwards.

Active surface: Any cause that decreases the active load carrying surface of bearing will increase the bearing pressure and thus decrease the  value, which means getting closer to the critical point.

As stated in the previous articles, radial journal bearings have operating parameters sufficient to carry the bearing load between the journal (shaft) and the bearing surface. ...

Waste management should be done in the best way within the lubricant life cycle. According to the waste hierarchy, waste is managed through the following phases: prevention, ...

Soil and water pollution caused as a result of production, transportation and consumption of lubricants throughout their life cycle and dispersion, leakage and spillage of ...

Sufficient amount of oil should enter the bearing in order to form a hydrodynamic oil layer with the bearing operation parameters (such as speed, lead, oil viscosity, bearing ...

“The Lubricant Packaging Market 2019 In-Depth Analysis of Industry Growth Trends & Forecast up to 2024” indicates that plastic dominated over seventy percent of the ...

In journal bearings, bearing width (length) / bearing diameter (B/D) ratio is an important parameter for determining the load carrying capacity of the bearing. Usually the bearing ...

Elements that carry power transmission elements such as gear wheel, belt and pulley or chain wheel mechanisms are called shafts. Shafts that assume this carrying task are ...

The cost of providing welfare and comfort in our lives by using coal, oil, natural gas, and the products made from these fossil resources is very high for our planet. Therefore, ...

The main purpose of lubrication is to form an oil film between the two surfaces, which has sufficient thickness and is resistant to operating conditions. It aims to transform the ...

Bearing selection and design processes can be summarized as: -Selecting the optimum bearing type, -Calculating bearing sizes that will ensure safety, -Reviewing the performance ...