Turkish chemical industry broke the record with 18.8 billion dollars of exports in the first eleven months of 2019, according to Istanbul Chemicals and Chemical Products Exporters' Association (IKMIB) data. The chemical sector, which is the second highest sector in terms of exports this year, continues its achievements. Standing out as the sector that exports to the most countries among all sectors, the chemical sector came in first with its exports to 208 countries and regions in November.

The sector is drawing attention with its increasing performance in exports. Its exports in November 2019 increased by 23 percent to 1.83 billion USD. Exports of the sector in the first eleven months increased by 18 percent and reached 18.8 billion USD. Thus, the chemical sector has broken the export record of all time with the export numbers it reached in eleven months.

Adil Pelister, Chairman of the Board of Directors of IKMIB, evaluating the export figures of the chemical sector, said: “The highest export figure reached by our sector until now was 17 billion 851 million USD in 2014. I would like to congratulate all of our sector representatives and stakeholders, especially the companies that have made efforts for this great success by exceeding this figure in the eleven months of this year and making us proud with 18.8 billion dollar export. We are hoping to set a new record by exceeding our end-year target of 20 billion dollars.” 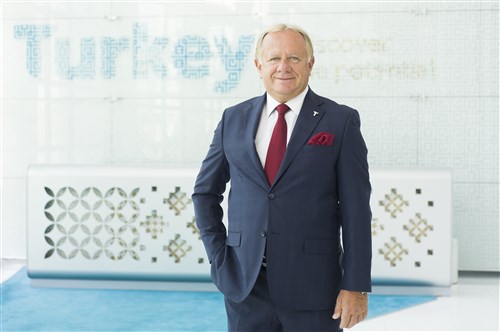 “Mineral fuels, mineral oils and products” is the most exported sub-sector

In November, export of mineral fuels, mineral oils and products was the top among the sub-sectors with 553 million 229 thousand 750 USD.

BP and SOCAR Turkey today announced that they have signed a heads of agreement (HoA) to evaluate the creation of a joint venture that would build and operate a world-scale ...

Chemical industry is getting prepared to step into international markets

Chemical industry that attracts attention as the third sector, increased exports by 24.25% in July 2018 compared to last year and is getting prepared to open up to new ...

An important visit was made by Koç Holding and Tüpraş to the new plant of Opet Fuchs Madeni Yağ A.Ş., which is under construction in İzmir Aliağa. When the ...