Bentley Bentayga demonstrated its outstanding performance credentials by claiming the outright record for a production SUV at the Pikes Peak International Hill Climb on Sunday 24th of June, 2018 in Colorado, USA.

Bentley’s Member of the Board for Sales & Marketing, Chris Craft, commented:

“This record proves the outstanding dynamic ability of the Bentayga – demonstrating again how Bentley Motors is the only automotive company in the world that can combine pinnacle luxury and breathtaking performance. Congratulations to all at Bentley Motorsport and to Rhys Millen and his team.” 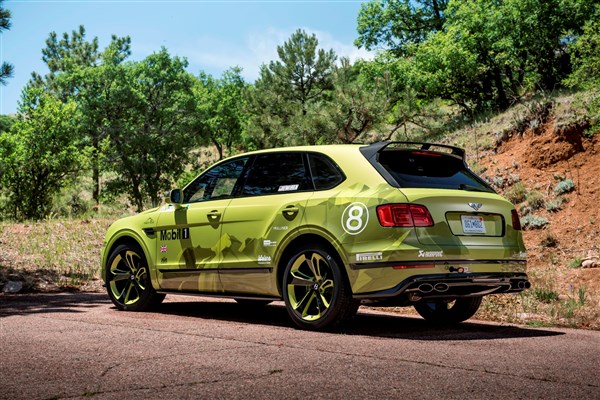 “What an incredible machine. To take a luxury SUV with minimal modifications and be able to drive up this course in under 11 minutes is a huge testament to the performance and level of engineering in the Bentayga. I had a great run – the car was planted all the way up and gave me the confidence I needed to push hard. I’m delighted to take the SUV record for Bentley and for everyone that’s been involved in this project.”

Only minimal changes were made to a standard production Bentayga in order to comply with the rules. The front seats were replaced with racing versions while the rear seats were removed, and a roll cage and fire suppression system were installed. Tyres were selected from Pirelli’s DOT-marked range, and a production-specification Akrapovic sports exhaust was fitted.  In every other way, the Pikes Peak car is a standard Bentayga, finished in eye-catching Radium Satin paintwork accented by the all-black chrome and carbon fibre body kit provided by Bentley’s Black Specification.

For this unique challenge of performance, speed and precision, Bentley has once again partnered with Mobil 1, who provide engine oils for the Bentley range. With the stresses of full-load performance at high altitude, only the highest quality engine oil protects the engine and allows it to perform faultlessly, delivering the power that Millen needed to break the record. The record breaking Bentayga's engine was filled with the same Mobil 1 oil used across the Bentayga range. 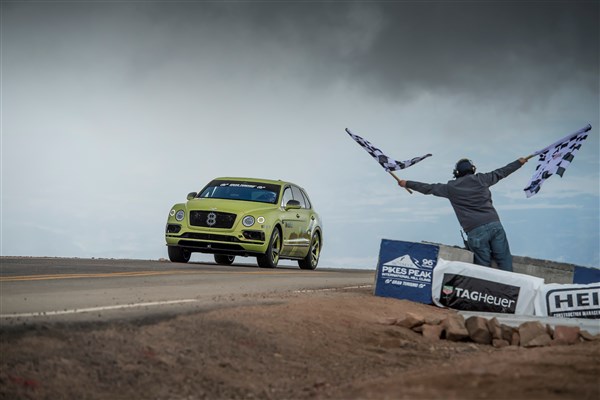 Global Lubricant Week will be held online on 20-21 October

Each year the most influential players and decision makers of the international lubricant industry meet at the “Global Lubricant Week” (Moscow). We invite you to join ...

Lukoil Group and Daimler AG, one of the world's largest car manufacturers, expand their partnership in Lukoil lubricants first fill supplies for engines of the brand's premium ...

The Duckhams brand was launched in the UAE

SK Lubricants to use recycled containers for all best-selling products

As a part of its practical ESG management efforts to fulfill the financial story, SK Lubricants announced on the 21st that the company decided to expand the use of ...

With global operations in the lubricants sector, the FUCHS Group has already been operating on a carbon-neutral basis at all manufacturing subsidiaries since 2020. For 2021, all ...

Total is transforming and becoming TotalEnergies

At the Ordinary and Extraordinary Shareholders’ Meeting, shareholders approved today, almost unanimously, the resolution to change the company’s name from Total to ...

The inaugural Lubricant Expo will now take place on the 6 – 8 September 2022. In response to unprecedented interest from the industry and key customer groups, Lubricant ...