Cutting-edge lubricant technology can offer big benefits for all stakeholders in the value chain. Here’s how to make the most of it and build stronger relationships with your customers.

In 2016, the heavy-duty engine oil industry saw one of the biggest fundamental shifts in its history. The American Petroleum Institute (API) introduced for the first time a split performance category in the form of API CK-4 and API FA-4—the latter a low-viscosity solution designed to deliver enhanced fuel economy benefits in new-model engines.

Five years later, the average heavy-duty engine oil user may yet express some hesitation over adoption of FA-4 solutions. As of 2021, FA-4 certified lubricants have gained just 1 percent market share, while the vast majority of the market utilizes higher-viscosity CK-4 formulations, according to data from Kline & Company.

Low adoption rates—and in some instances a lack of awareness—of FA-4 lubricants mean that both fleets and their oil suppliers are leaving some mutual benefits on the table. But there is a strong case to be made for adoption—and oil suppliers who are willing and able to translate the benefits of FA-4 solutions may stand to strengthen critical customer relationships and reap benefits into the future. Here’s how:

A shift in thinking
Throughout the industry’s history, end users have made it clear that engine protection is a top priority when it comes to their heavy-duty engine oil selections.

This largely remains the case today, and with good reason. Repair and maintenance costs have consistently made up between 8 percent to 10 percent of a fleet’s average marginal cost per mile over the past decade, according to the American Transportation Research Institute (ATRI).  An engine oil that fails to protect a diesel engine has a chain of consequences that can have major cost impacts for fleet owners and operators. If a truck breaks down due to some engine-related failure that a lubricant may have prevented, a shipment the truck is carrying has been delayed. The fleet manager must arrange a roadside fix or a tow, which can be a significant cost on its own. And finally, a key asset is sidelined and unprofitable while those repairs are performed.

For the oil marketers and distributors, this may seem like the only story a customer wants to hear, and it has long been the most reliable way to market heavy-duty lubricants. But FA-4 and lower-viscosity lubricants offer something equally compelling: A significant impact on a fleet’s bottom line via fuel economy gains. 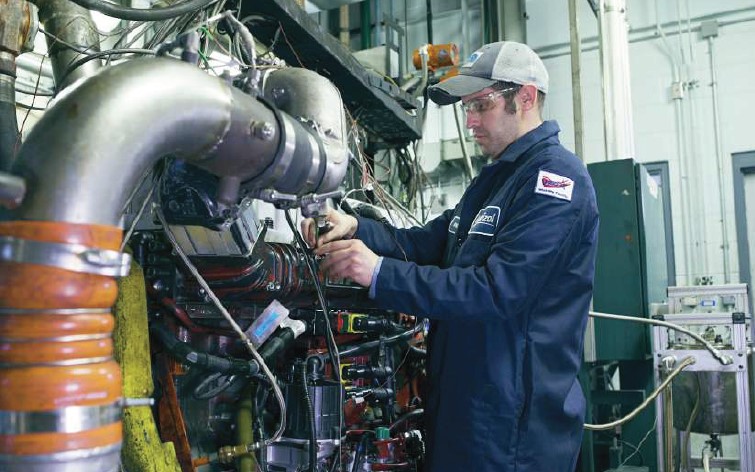 Translating the value
According to ATRI, fuel costs represent 24 percent of a fleet’s average cost per mile—a higher percentage than maintenance and repair, and a prime target for reduced spending. A fleet owner’s selection of engine oil can make an impact here. Oil suppliers have an opportunity to guide customers toward making a higher-value choice that can bring significant benefit to their operations. The challenge lies in how to translate the value in a meaningful way.

Consider again that nearly 80 percent of heavy-duty diesel lubricants sold in the North American market are API CK-4 15W-40—these figures indicate that fleets, in general, adhere to the traditional industry wisdom holding that higher-viscosity lubricants better protect engines than their lower-viscosity counterparts. But by virtue of the API specification process, this wisdom is simply untrue—all viscosity grades certified under CK-4, and all FA-4 certified lubricants, must demonstrate the same protective performance characteristics.

By sticking with higher viscosities, fleets are leaving money on the table. According to “Trucking Efficiency Confidence Report: Low-Viscosity Engine Lubricants,” a joint report from the North American Council for Freight Efficiency and Carbon War Room, the benefits are clearly shown: “Class 8 over-the- road fleets can realistically expect fuel savings in the range of 0.5 percent to 1.5 percent by switching from 15W-40 to 5W/10W-30 CK-4 engine oil.”

Shifting to FA-4 certified lubricants where applicable can bring even further benefits. “The savings from switching to the fuel-efficient FA-4 variant … can be expected to add a further 0.4 percent to 0.7 percent of increased fuel efficiency,” according to the report. 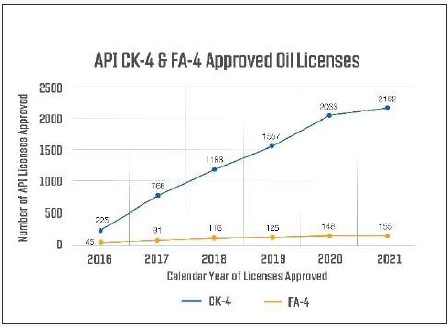 Building a partnership and keeping your customers on the cutting edge

Consider also that fleets are generally becoming more sophisticated in how they build new efficiencies into their business. For example, the increasingly widespread use of telematics has offered fleet owners and operators much deeper insight into their operations and their profitability, and the methods by which they can make improvements. It’s not just large fleets, either—smaller, regional fleets are becoming forward-thinking in order to maintain a competitive edge.

Oil marketers, then, can offer forward-thinking fleets a way to boost their advantage by steering them toward innovative lubricant technology like FA-4. Identifying fleet customers who are more progressive and who want to be early adopters and market leaders can be a good first step to starting the conversation.

Finally, modern hardware continues to advance. Lubricant technologies like FA-4 are only the beginning of what we will see in the heavy-duty trucking space in the not-too-distant future, especially as older trucks age out of the broader truck population. Fleets who make the switch today, instead of waiting to catch up with the rest of the market, may stand to reap the benefits before their competitors and they are likely to place greater value in their relationship with their oil supplier who helped them get there.

Cutting-edge lubricant technology can offer big benefits for all stakeholders in the value chain. Here’s how to make the most of it and build stronger relationships with ...

Options in Group I replacement strategies with naphthenics?

Group I base oils are solvent-refined base oils with a viscosity index range of 80 to 120. They have long been the cheapest base oils on the market but have shown considerable ...

Importance of oil analysis in transformers