While environmental concerns are rising all around the world, lubrication in environmentally sensitive areas is an important issue that needs special attention. NYCO Technical and Sales Manager Arnaud Radigue tells that synthetic esters offer great properties while doing no harm to the environment, but selection should be made carefully.

Protecting the environment against various harmful industrial effluents is obviously a key issue, worldwide. Simple awareness has been losing ground to demanding, binding regulation. Lubrication is no exception, in particular when outdoor equipment is likely to expose the environment to harmful oils or greases.
The notion of loss lubrication, whether accidental, partial or total, as defined by the 2018 European Ecolabel, refers to operations that may release, partially or totally, lubricants to the environment. If the lubricant in question shows harmful features, then the lubrication operation represents a threat to the environment that must be dealt with. In particular, water catchment areas, or the marine environment are considered highly sensitive areas where lubrication will be under specific scrutiny.

A number of applications may be listed where loss lubrication is a reality: snow mobile, jet skis and outboard marine engines, ski lifts, chainsaws and forestry equipment, hydraulic turbines used in dams, stern tubes and rudders on ships, construction lubricants (hydraulics in particular), and even subsea equipment in offshore operations.
A particularly meaningful example of problematic lubrication operation is the case of stern tube oils. Stern tube bearings, supporting the propeller shaft, are lubricated with oils that are contained with specific leap seals. Although many designs are possible, a number of those seals release a small quantity of oil to the sea by design. But the amount of sea freight worldwide is such that an estimated 37 to 61 million litres of stern tube oil leak out to the sea annually, as part of standard operations. This is simply the equivalent of an average oil spill, every year. 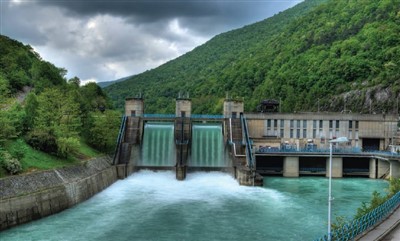 There are numerous labels and standards across the world dealing with requirements, recommendations or best practises on the evaluation and reduction of the environmental impact of lubrication on the environment. The European Ecolabel is probably the most well-known of them in our industry, requesting no hazard classification, biodegradability, no aquatic toxicity, and recycling in the use of packaging materials. We may also mention the EN 16807:2016 standard that defines the term “biolubricant”, as well as other standards, labels or programmes like the Blue Angel, the Nordic Swan, the Swedish Standard, or the USDA Biopreferred®. All of these measures are voluntary schemes designed to encourage the use of environmentally “friendly” lubricants. Such lubricants may be required, though, in tenders for public works.

However, there are also a number of binding regulations on the market, the first of which being the Vessel General Permit (VGP), initially released in 2013 by the EPA, and now called the Vessel Incidental Discharge Act (VIDA). The key requirements for such lubricants used in sea water interfaces (basically under the water line, and sometimes on deck) revolve around biodegradability, ecotoxicity, and bioaccumulation, thus defining the notion of “Environmentally Acceptable Lubricant” (EAL). It should be noted that whilst formerly, a lubricant that was certified with any of the usual labels (European Ecolabel, Nordic Swan, Blue Angel, Swedish Standards, OSPAR…) did automatically comply with the requirements of the VGP, the VIDA may eventually have its own set of requirements that must be met regardless of compliance with any other label or legislation.

The OSPAR (Oslo Paris agreement) is an accord between several countries of Northern Europe that, when translated into local legislation, restricts the use of offshore fluids depending on their marine environmental profile. Properties such as marine biodegradability, toxicity to specific marine species, and bioaccumulation need to be assessed in this case.
We may also mention the 2017 International Maritime Organization’s Polar Code, applying to ships operating in polar waters, and requiring the use of non-toxic, biodegradable lubricants in direct seawater interfaces.

Whether voluntary or regulatory, these criteria do not only revolve around environmental innocuity, but they also specify, sometimes, a minimum performance requirement level.

Environmental and technical profile of esters

a) Biodegradation
Biodegradation is the ability of a substance to be degraded into smaller fractions by bacteria. In the case of ultimate biodegradation, a complete mineralisation of the organic substance is evaluated. The OECD 301B standard actually monitors the release of carbon dioxide over time, with respect to the theoretical carbon dioxide quantity released if the tested substance was thoroughly degraded. A substance is therefore called ultimately biodegradable if more than 60% of potential CO2 evolution is observed within 28 days.

Many esters (but not all) are generally highly biodegradable, with typical values revolving around 75%. It should be noted here that viscosity, in the case of synthetic esters, is not necessarily a limiting factor.

b) Aquatic toxicity
Aquatic toxicity is defined as the toxicity of the substance towards aqueous species, like algae (OECD 201), daphnia (a freshwater crustacean, OECD 202) or specific freshwater fish species (OECD 203). It is expressed as the minimum quantity of substance in water that cause half of the population of the species to die: the higher the better. A vast majority of esters are non-toxic to aquatic species, showing values exceeding 1000 mg/litre. In this notion, the solubility of esters in water must be taken in consideration.

- The molecular size and mass: the higher, the less likely the substance may cross the cell barrier. Esters very commonly show molecular diameters exceeding 1.5 nanometer.
- The differential solubility of the substance between water and octanol: expressed as log Kow. If very low, solubility in water will be high and the ability of the living species to evacuate the substance will be strong. If very high, the substance will be highly lipophilic, a property generally associated with large molecules that are not likely to bioaccumulate – which is the case with many esters.
- The BioConcentration Factor (BCF): the equilibrium that a living species reaches between absorption and elimination of a substance. Synthetic esters typically show a BCF of less than 100 liters/kg.

According to the above criteria, many esters will be considered as non bioaccumulative.

e) Technical profile
Synthetic esters are available in a very wide range of viscosities, ranging from a few mm²/s to several hundreds of mm²/s at 40°C. Also, they generally show high viscosity indices.

Environmentally acceptable lubricants are normally not expected to be exposed to extreme temperatures. Nonetheless, unsaturated esters, because they are prone to rapid oxidation leading to polymerization, may be unsuitable for some applications. In such cases, preference should be given to saturated esters that provide excellent stability and cleanliness.
Additionally, esters do possess friction modifying properties, meaning they are able to reduce friction and wear in mixed lubrication regimes.

Esters are designed species, produced from a variety of possible raw materials. This means that their structure, hence their lubricating properties, may be tailored to match the best technical compromise. It is therefore possible to design structures that optimize, for the purpose of environmentally sensitive applications, water separation and air release properties. Elastomer compatibility is also a property that may be put under control, to some extent, by carefully selecting chemical structures.
A common objection about esters is their potential instability to hydrolysis, a legitimate concern in environmentally sensitive applications where water is generally present. The reality is that at low or ambient temperatures, the hydrolysis reaction is so slow that it may be considered as insignificant. At high temperatures, water tends to evaporate, suppressing any possibility of hydrolysis. Additionally, careful selection of ester structures will mitigate the effects of potentially released acids through hydrolysis.

Esters may also be used to produce environmentally friendly greases, like for instance rudder bearing greases, as high viscosities are available without hurting biodegradability properties. The polarity of esters imparts some extent of adhesion and delivers excellent lubricity features. 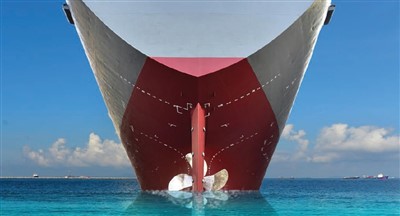 Environmental awareness is growing, including in lubricating applications. Synthetic esters provide a unique combination of:
- Environmentally compliant features, as a vegetable oil
- Technical performance, as a group V, synthetic base fluid
They are the only synthetic technology showing such a combination of technical and environmental profiles. Yet they have to be carefully selected in order to guarantee maximum performance in a given application.

The development of lubricants dedicated to environmentally sensitive applications is therefore expected to generate an increasing use of synthetic esters.

PETDER published the 2018 Sector Report, which includes detailed information and data on the oil sector. According to the report, lubricant consumption decreased by 14.04 percent ...

One in every two vehicles uses Total

According to the Automotive Manufacturers Association data, Total lubricants or antifreeze are used in one out of every two vehicles manufactured in Turkey. The company, operating ...

May it be perfect