In a market where the 22 cSt viscosity is much sought after, customers can be left struggling to fulfil their need for this popular base oil grade. However, with the latest addition to its constantly expanding base oil portfolio, Nynas offers help.

“Answering calls for increased availability, we developed NYNAS® BT 22, which is now globally available in any quantity. With its high naphthenic character, allowing the same functionality and performance as NYNAS® T 22, we expect NYNAS® BT 22 to receive a warm welcome, indeed it is already greatly appreciated by customers looking for solutions,” says Dr. Thomas Norrby, Technical Manager Nynas.

NYNAS® BT 22 can be used in the formulation of metalworking fluids for a variety of operations, such as emulsion coolants for metalworking operations that involve cutting, drilling, milling and turning, as well as in sheet metal rolling oils.  Its excellent solvent power, despite a low level of aromatic content, enables NYNAS® BT 22 to dissolve high additive loads, and to keep residues and sludge dissolved whilst in operation. 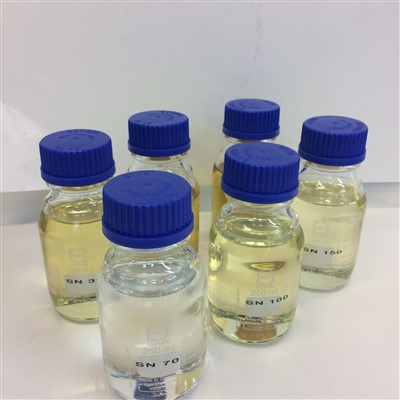 “The solvent power is the driver of the outstanding emulsion stability in metalworking fluids formulated with NYNAS® BT 22 and NYNAS® T 22. We have demonstrated this in many studies performed in-house at Nynas, and our results have been mirrored by several different additive companies supplying the metalworking fluid industry with emulsifiers,” says Thomas Norbby.

In addition, NYNAS® BT 22 can be used in the production of low-temperature lubricating greases and in automatic transmission and hydraulic fluids, where it offers several advantages over paraffinic oils, for instance, excellent low-temperature properties and superior solvency. “Formulators can also use NYNAS® BT 22 in blends with other base oils to arrive at viscosity and solvency levels that perfectly suit specific applications or environmental conditions,” says Thomas Norbby.

In order to confirm that the behavior of NYNAS® BT 22 equalled that of NYNAS® T 22. Thomas Norbby put the new base oil product through the same rigorous technical testing that has previously been used to establish the premium performance of NYNAS® T 22.

This technical benchmarking process involved using three different emulsifier packages to make different semi-synthetic emulsion concentrates. The stability of emulsions made from these and their relative sensitivity to water hardness was then studied using an array of instrumental methods.

“Our investigation showed that the two base oils share many key features and we found very few differences between the two products. The main marked difference is in the flash point, with NYNAS® T 22 having about 10 oC higher flash point than NYNAS® BT 22. There is also a slight difference, which doesn’t impact on the performance,” says Thomas Norbby.

Gittan Cedervall   NYNAS® T 600 enables grease formulators to save up to 50% of the lithium soap content. But the benefits offered by Nynas’ latest base oil ...