Founded in 1993 and moved to its plant in Gebze Organized Industrial Zone with an investment of 15 million Euros, Petroyağ is today a leading industrial oil company in Turkey. The company celebrated its 25th anniversary with stakeholders at Esma Sultan Mansion.

The short film summarizing the 25 years of the company became a great surprise for Ünal Soysal, Founder and Chairman of the Board. After the film screening, Ünal Soysal made a speech and underlined that the only thing remained unchanged in this journey, which started in a 20 square meter office, is the excitement he has inside. Stating that they will continue their innovative projects and new investments with the R&D Center, Ünal Soysal said they will create added value for the Turkish industry.

Petroyağ aims to increase the number of their volume of exports and exporting countries with new products, and the company continues to increase its reputation abroad with such products and projects. 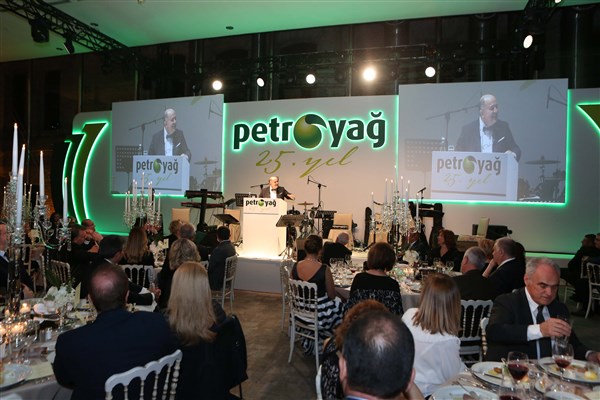 Petronas, one of the world's leading oil companies, is also a key player in the lubricant market. To improve the performance and efficiency of the mechanical parts, to protect the ...

Transformation of lubricants in an era of electric vehicles

“Transformation of lubricants in an era of electric vehicles” webinar, the second of the webinars organized by Lubricant World Magazine, took place on Friday, May 29. ...

Lubrication solutions to increase efficiency in your business

The first of the webinar series, which was launched to increase the knowledge of the sector and contribute to its development, was held with ExxonMobil. The webinar titled ...

The times are changing and as a long-established international printed and digital news platform, Lubricant World has diversified the ways it works. The coronavirus outbreak has ...