Formula 1TM, one of the world’s most important sporting events, will be held in Intercity Istanbul Park once again as part of the 2021 schedule. Following the agreement between Intercity İstanbul Park and the management of Formula 1TM, the event, which will be held on June 11-12-13 under the auspices of the Presidency of the Republic of Turkey, will once again put Istanbul on the global spotlight.

Brought by Intercity Istanbul Park to our country once again in 2020 after 9 years, the event was dubbed ‘Best Race of the Year’ in an official survey conducted by Formula 1TM for the race held in November.

Formula 1TM, one of the world’s most important motorsports events, will take place at Intercity Istanbul Park on June 11-13. Reaching billions of viewers worldwide, Formula 1TM, which offers an incredible opportunity to promote its host countries, was brought back to Turkey last year. Thanks to Intercity Istanbul Park’s great efforts, and to the event’s many fans worldwide and the drivers and teams speaking highly of Turkey, our country will host Formula 1 once again.

Noting that Intercity Istanbul Park was assigned by the Presidency of the Republic of Turkey to bring Formula 1TM races back to Turkey, Vural Ak, the Chairman of the Intercity Board of Directors said, “As you know, Formula 1TM, one of the world’s largest sporting events, was hosted by our country last year. The management of Formula 1TM and all the fans were very satisfied with the organization. Turkish Grand Prix 2020 was chosen as the year’s best Formula 1TM race. Our negotiations with the management of Formula 1TM for 2021 bore fruit and we managed to bring this important event back to Turkey. We will prepare for this thrilling event at Intercity Istanbul Park very well and continue to promote Istanbul to the world in the best way possible.”

Stating that they reached an agreement with the management of Formula 1TM for 2021, Vural Ak, the Chairman of the Intercity Board of Directors, said that this agreement is key to ensure that Turkey holds a permanent spot in the race schedule. Ak said, “Just as last year, we signed this agreement as Intercity by undertaking all the responsibilities ourselves without putting any kind of financial burden on our government. Signed in these difficult times for the whole world, this agreement is a sign that a long-term contract is possible for Turkey. 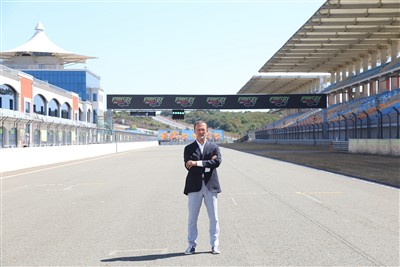 One of the most important issues that all the fans are curious about is the ticket sales. Vural Ak explained, “We have one of the most exciting tracks in the world and we want our people and international guests to be a part of this thrilling event. We plan to start the ticket sales as soon as possible in accordance with the pandemic measures and efforts of our government. Considering the date of the race, we believe that the international guests visiting our country to see the race will be invaluable for our tourism. The Formula 1TM event, in which the racing teams alone generate millions of dollars in revenue to our economy, will also bring in a significant foreign currency influx thanks to its international spectators.”

Turkey exported a total of $574.1 million in September 2021 according to the export figures of the mineral oils and mineral fuels sector prepared every month by IKMIB using the ...

Automechanika Istanbul begins today after a break of 2 years

After a long break of more than 2 years because of the pandemic, Turkey’s Leading International Trade Fair for the Automotive Industry, Automechanika Istanbul Plus has begun ...

Turkey’s leading industiral company, Tüpraş, announced the financial results for the third quarter of 2021. Tüpraş accelerates its sustainability investments in ...

TotalEnergies reported that its new generation grease product group, Ceran, will meet the high performance requirements of equipment in industries such as iron & steel, cement, ...

Formula 1TM, one of the world’s most important sporting events, will be held in Intercity Istanbul Park once again as part of the 2021 schedule. Following the agreement ...

The Ordinary General Assembly Meeting of the Petroleum Industry Association (PETDER) was held in Istanbul Hilton Bosphorus Hotel on March 18, 2021 with all necessary health and ...

BorgWarner, a world leader in clean and efficient technology solutions for internal combustion, hybrid and electric vehicles, continues to expand its aftermarket product range in ...

Tüpraş, prioritizing customer satisfaction at every step, continues its efforts to meet the demands and expectations of its customers at the highest level and in the fastest ...

With nearly 350 products that it develops and produces, Petrol Ofisi provides ideal solutions for almost all needs in Turkey in the lubricants field under one roof. The company ...

The agreement signed between Petrol Ofisi, the leader of Turkey’s fuel and lubricants sectors, and Chevron, one of the world’s leading oil and lubricant companies, ...