New additive gets seal of approval

Mention fuel additives and you are often met with a skeptical response as the improvements gained from them can rarely be verified.

However, independent testing by Emissions Analytics, an emissions testing company, has revealed a new product, Techron Concentrate Plus (for gasoline) and Techron D Concentrate (for diesel) could yield some more tangible results. 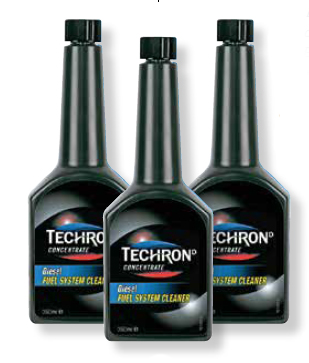 Emissions Analytics bought 22 gasoline and diesel cars from auction for the trials. All were between three and five years old, and each had covered 30,000 to 50,000 miles.

The cars were subjected to 480 emissions and economy tests. When the additives were introduced, the average mpg of the gasoline cars increased by 9 percent, while power went up 3 percent. For diesel cars, the figures were 8 and 3 percent respectively.

Techron claims the average car would only need additives once or twice a year. This means that a gasoline car currently achieving 35 mpg could see economy rise to 38 mpg.

“There are many products claiming fuel economy benefits, but not all stand up to rigorous examination,” said Nick Molden, Managing Director of Emissions Analytics.