Manufacturers of metalworking fluids are promised more stable emulsions if they use naphthenic base oil rather than paraffinic base oil in their formulations.

A recent study by specialist oil supplier Nynas shows that metalworking emulsions made with naphthenic base oil are considerably more stable than those made with paraffinic base oils. According to professor Thomas Norrby, a Nynas Senior Technical Advisor, naphthenic oil outperformed both Group I and Group II oils as well as Group I replacement oil in the company’s study. Offering guidance for component selection, the comparative investigation also identified paraffinic Group II oil as the worst possible choice for emulsion stability in metalworking fluids.

Norrby and his Nynas lab colleagues found that solvency, or more precisely the oil’s aniline point, is the key to improved stability. And, as smaller droplets result in more stable emulsions, they used two different methods - droplet size distribution and light scattering/transmission - to determine droplet sizes. A light-scattering Turbiscan instrument was used to calculate concentration changes over time from measurements of the emulsion phase thickness, and the Turbiscan Stability Index (TSI) was then used to characterise the stability of the different emulsions.

For each base oil type, a preferred value was identified for the Hydrophile -Lipophile Balance (HLB) providing optimal conditions for emulsion stability. This HLB value was found to be about two units higher for the naphthenic base oil compared with the paraffinic Group I and II base oils. However, under these conditions, the naphthenic base oil system displayed a more favourable droplet size and the best stability. 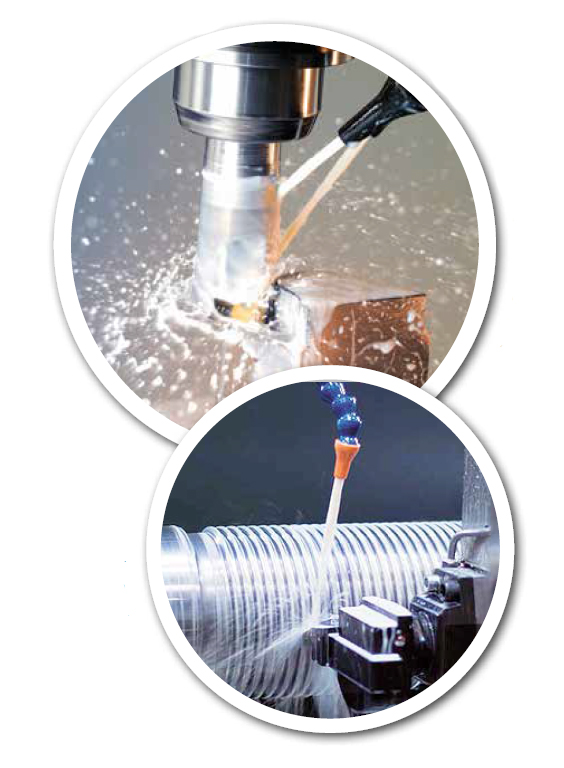 Manufacturers of metalworking fluids that are currently using Group I base oil in their formulations are facing supply shortages as the global output of Group I oil is in sharp decline. According to market analysts, the third global wave of Group I refinery closures is about to hit Asia, the Middle East and Africa, and formulators in this region need to quickly switch to a suitable alternative. The advice offered by Nynas and the company’s researchers is clear: choose naphthenic oil for best emulsion stability!